Lois Bronz grew up in Louisiana and credits her interest in politics to reading the newspaper to her father, who was not able to read. She became the first in her family to finish college, obtaining her Bachelors degree from Xavier University and her Masters in Education from Wayne State University.

During college, she met future husband, Edgar Taplin, with whom she had three children.  To encourage citizen participation in the political process, Lois working in voter regisration, teaching people how to answers the Voter Rights Test.

Lois Bronz was a widower with three children when she met Chuck Bronz in 1966. When they decided to marry, they could not do so in Lois' native state of Louisiana. In Louisiana, and 15 other states at the time, interracial marriage was banned.

In 2006 Greenburgh's Union Child Day Care Center (UCDCC) was renamed the Lois Bronz Children's Center to honor its long-serving Board member and fund raiser "We chose Lois Bronz for her many years on the Board of UCDCC; for founding and chairing the Phone-a-thon, our major fund raiser for 25 years; for always being a strong advocate for all children. Over the years, despite the development of her political career and stature in the community, she has never forgotten our center which proudly bares the name The Lois Bronz Children's Center."

The New York State Senate recognized Lois Bronz as its 2009 Contemporary Woman of Distinction for tirelessly working for the community, citing her service with Children's Village in Dobbs Ferry, Westchester Community Opportunity Program, and the Hudson Valley Council for Senior Citizens as some of the organizations she devotes her time to.

An interview with Lois Bronz

An interview with Lois Bronz

Lois Bronz in a school uniform. 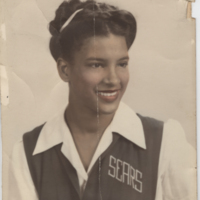 Undated photo of Lois Bronz in a school uniform. 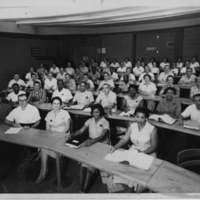 Photo of Lois Bronz in a classroom. Date on back: "8-6-59." Lois received her Bachelors from Xavier University (New Orleans< LA) and Masters in Education from Wayne State University (Detroit, MI).

Lois Bronz and her family 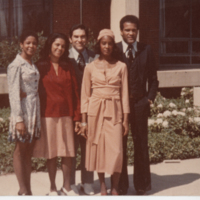 Undated photo of Lois Bronz with her husband Chuck and her children Francine, Shelly and Edgar Louis Taplin Jr. 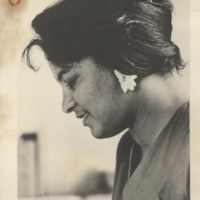 Lois Bronz with husband Edgar Taplin and an unidentified couple. 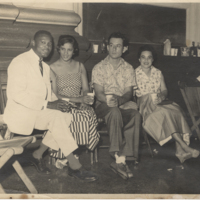 Undated photo of Lois Bronz with husband Edgar Taplin and an unidentified couple. 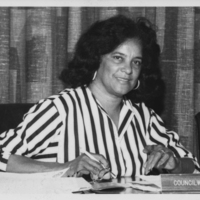 Undated photo of Greenburgh Town Councilwoman Lois Bronz. Councilwoman Bronz served for 16 years on the Town Board, from 1976 until 1993 when she was elected to the County Board of Legislators.
View all 7 items